A brilliant mathematician, whose mind has failed, dies, leaving Catherine, his 25-year-old daughter who took care of him, a legacy. She may be brilliant, or she may be crazy. Her father’s former student, Hal, shows up to search for valuable work in the 103 notebooks her father left behind. Hal pursues Catherine romantically, and discovers a notebook with a secret that changes their lives. 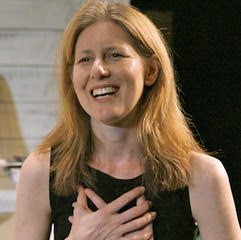 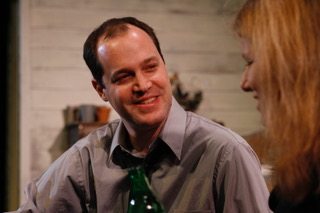 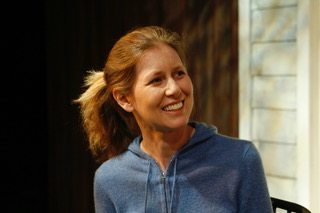 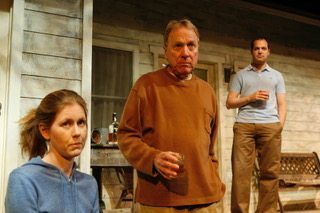 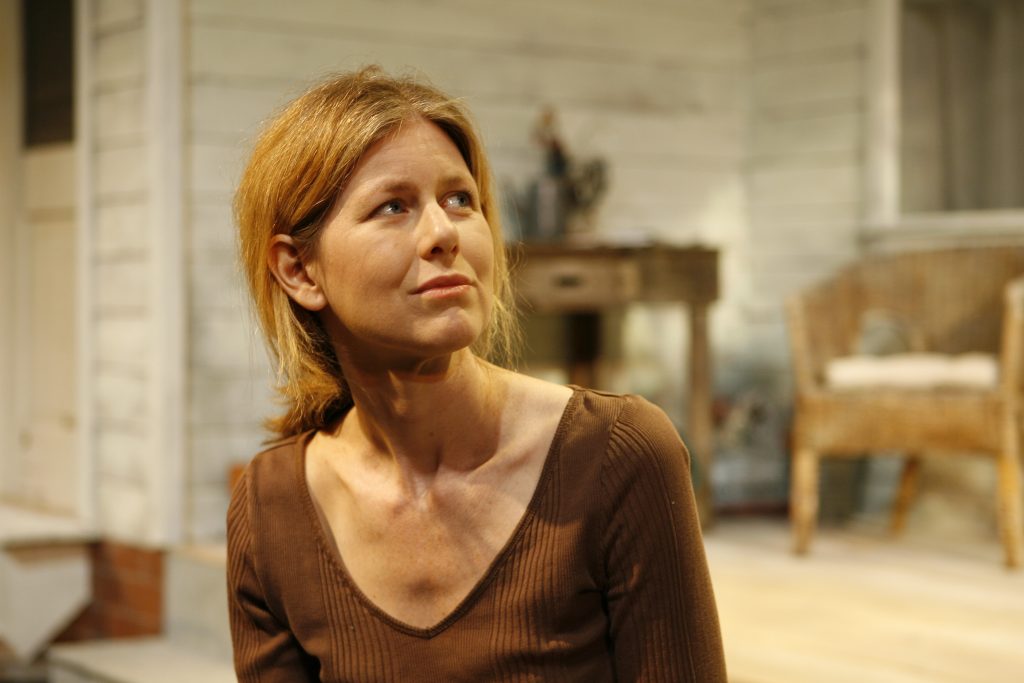 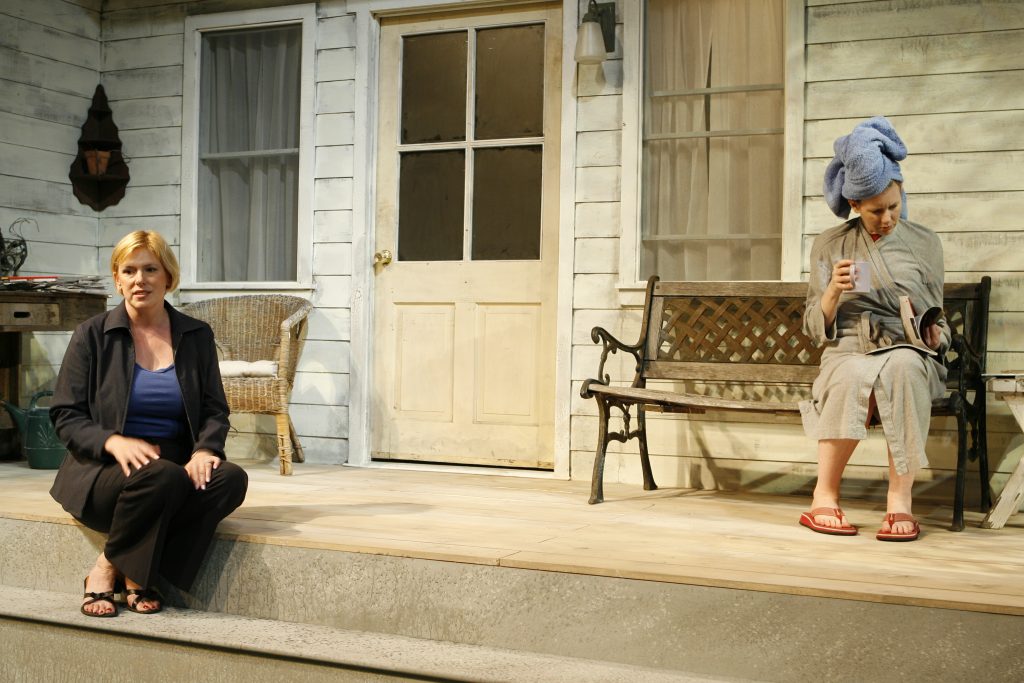 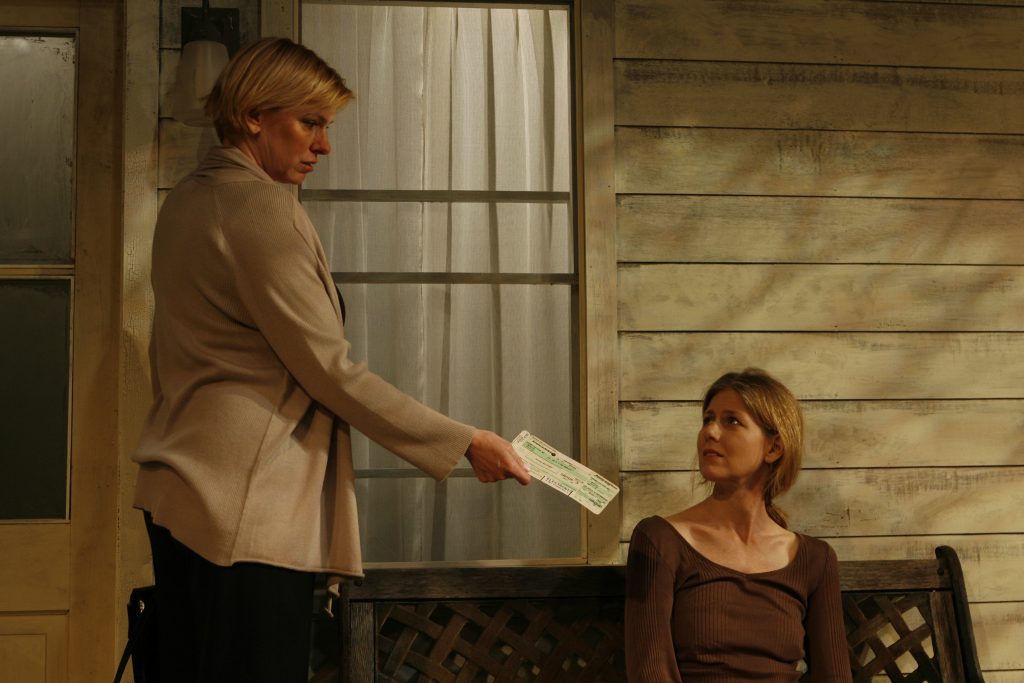 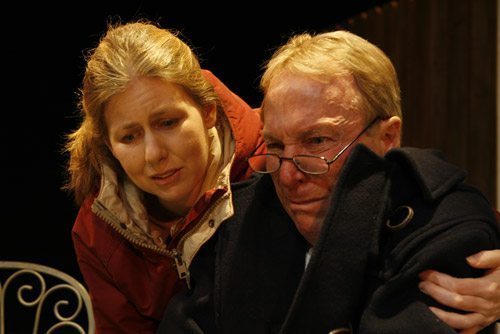 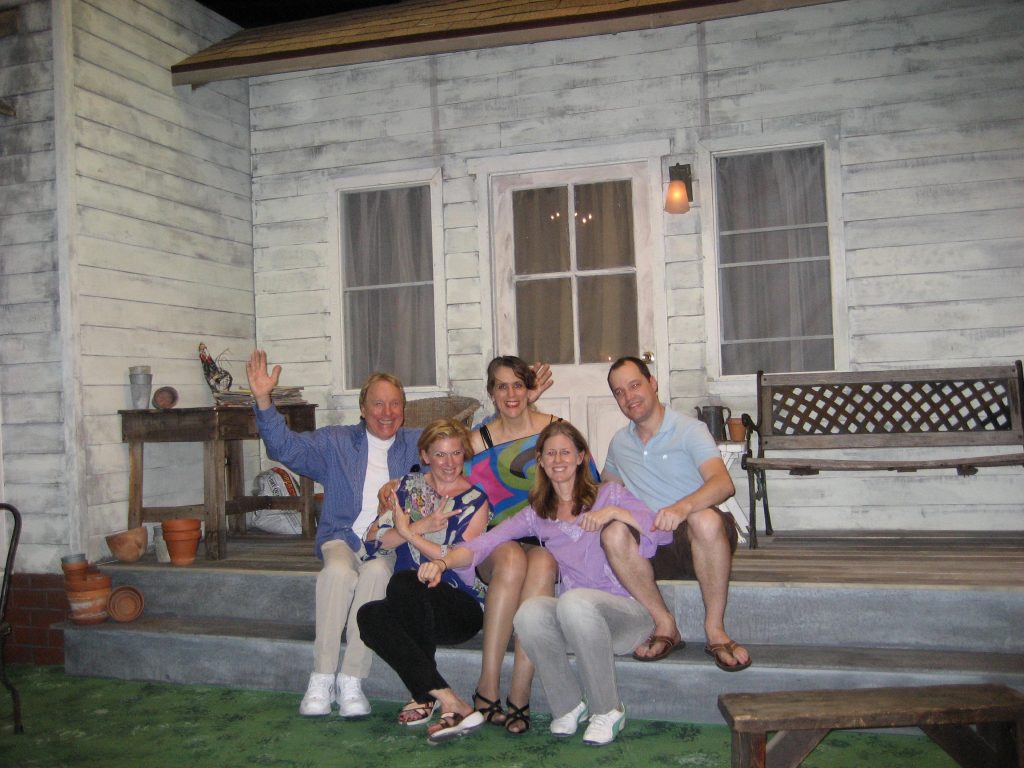 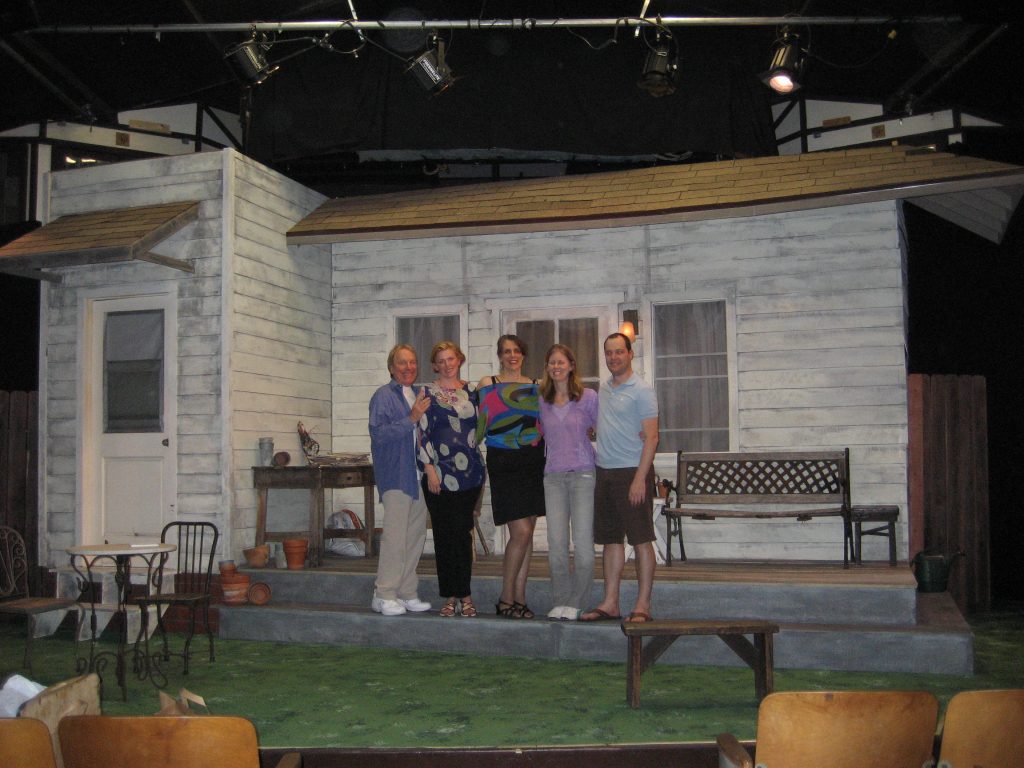 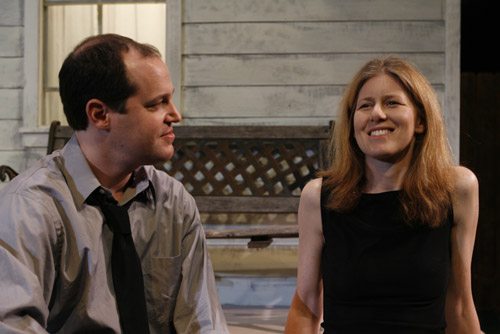 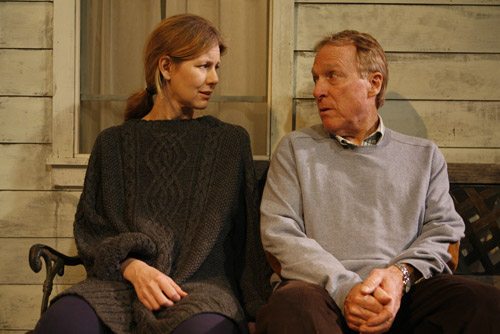 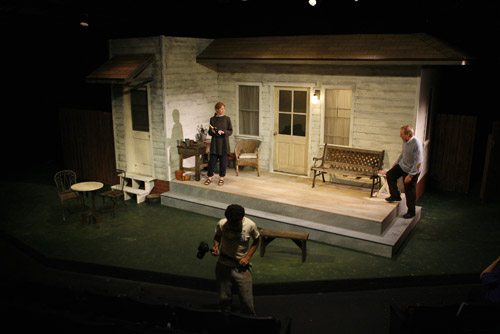 “PROOF’s staging adds up… In her modestly scaled and thoughtful staging at the Macha Theatre — an extended run of a production that initially played at The Odyssey Theatre– director Elina de Santos offers the opportunity for quiet reevaluation….  Auburn’s ultimately uplifting play revolves around a very human core….Adam Blumenthal’s poignantly dilapidated set… De Santos has reined in her performers to a fitting emotional spareness, a bracing naturalism embraced by her able cast. Most notable is Mullavey, who captures the tragic glint of self-awareness under Robert’s manic optimism….Robert’s sudden, crushing realization of his incapacity is the evening’s most exquisitely realized moment.”

“Under the focused, inventive and passionate direction of Elina de Santos, a strong cast takes us on an in-depth journey of the mind and heart…Abigail Rose Solomon gives a captivating performance as Catherine. Capable of great range and dimension…Greg Mullavey, as her gifted father…is fearlessly flawless, and the scenes shared between the two are theatrical magic!…This is a rewarding evening of riveting and thought-inspiring theatre, with humorous moments for comic relief.”

“Abigail Rose Solomon, the actor playing the Gwyneth Paltrow role in PROOF at the Macha Theatre in West Hollywood…gave a profoundly moving performance…She has that rare quality to freeze time and allow you into her very soul, without having to say a word.”

– Laurence Vittes (of The Hollywood Reporter)

“An effective and affecting Abigail Rose Solomon… well designed by Adam Blumenthal…Director Elina de Santos makes good use of the setting…Solomon…is lovely…Mullavey serves the play well, as does Johns.”

“This adaptation of PROOF is beautifully cast and directed by Elina de Santos.  Abigail Rose Solomon depicts the character of Catherine with grace, delicacy and fearlessness.  Ariana Johns plays Claire and is so convincing as the controlling older sister…Robert, a lovely and endearing performance by Greg Mullavey, will break your heart.  One of the most spectacular experiences of this show is observing the dynamic relationships between the characters in such detail and complexity…this is a truly great production.  It will leave you guessing at every turn, warm your heart and even bring out a few tears.”

“A splendid, deeply affecting Abigail Rose Solomon…Accomplished director Elina de Santos…makes full use of the attractive setting…Solomon is the lovely waif in dubious charge of the situation, feeling but unsentimental, down-to-earth when she needs to be, but pulsatingly sad at soul’s level, demanding not pity but understanding.”

“This is a solid play that harks on the notion between grief (a loss of a loved one) and how one’s mind can work in unique ways. Elina de Santos directs this cast of four that shows its proof that this play, winner of the coveted Pulitzer prize, is a prime number to its fullest!