by “Billy the Bard” Shakespeare 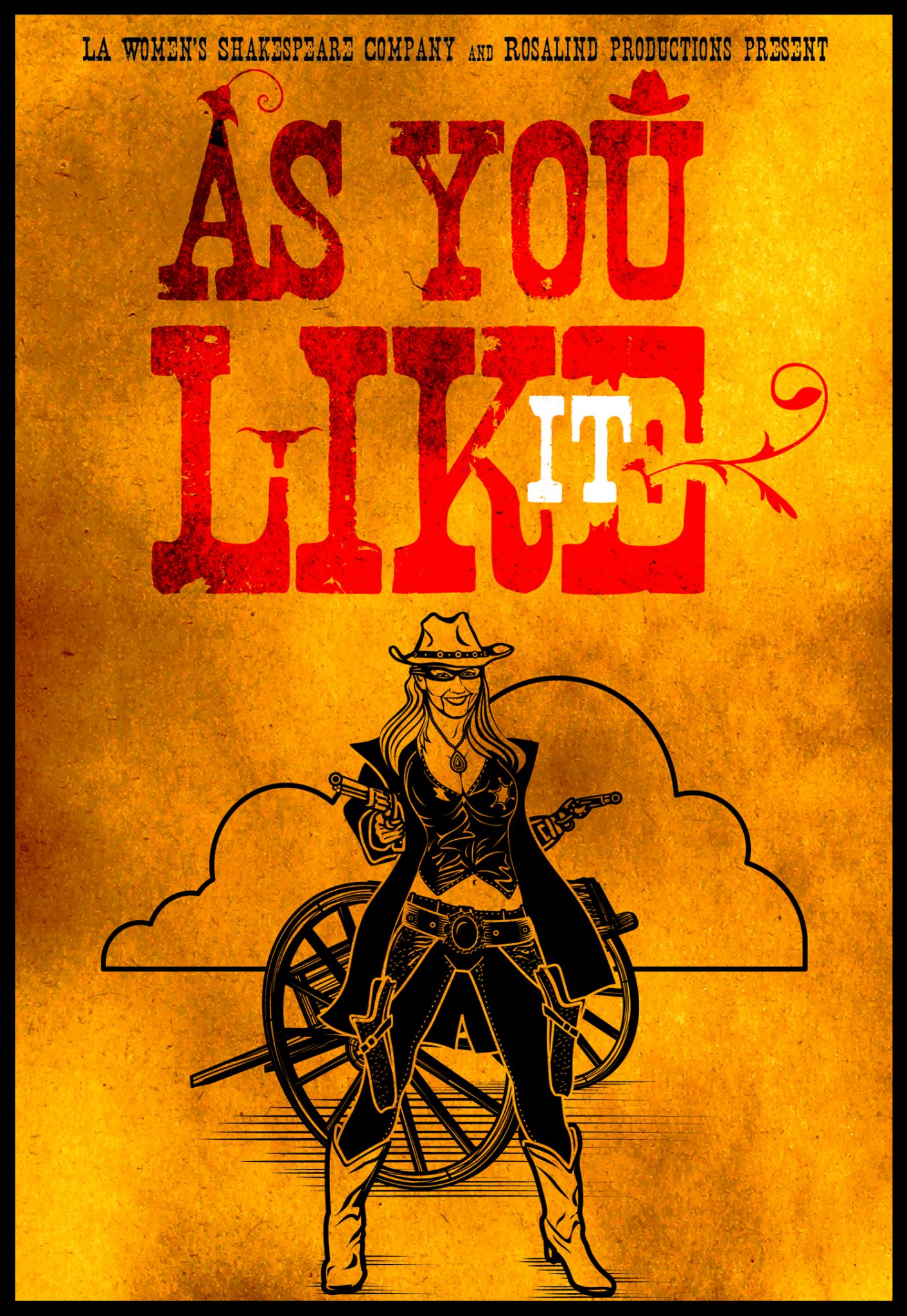 at The Matrix Theatre

Make Up & Hair Design by 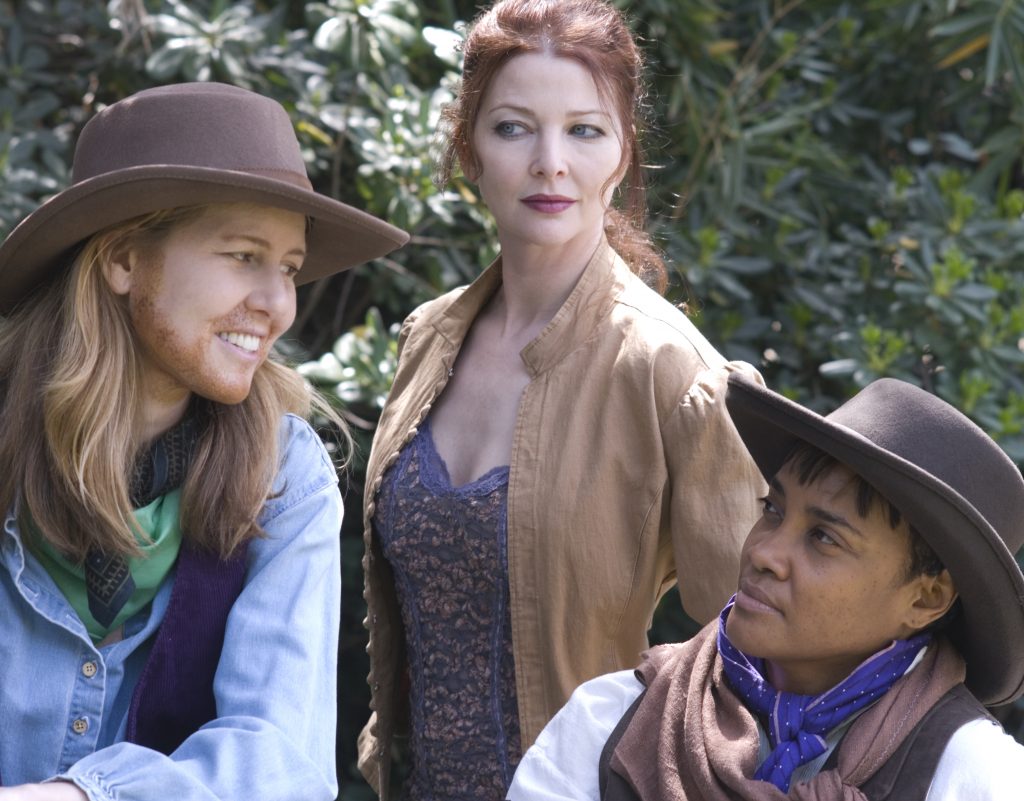 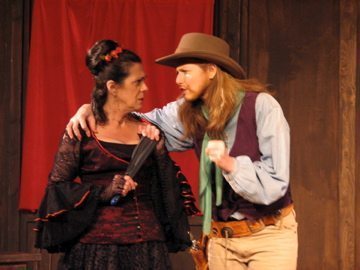 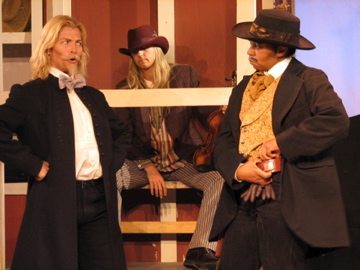 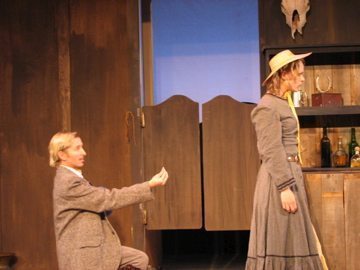 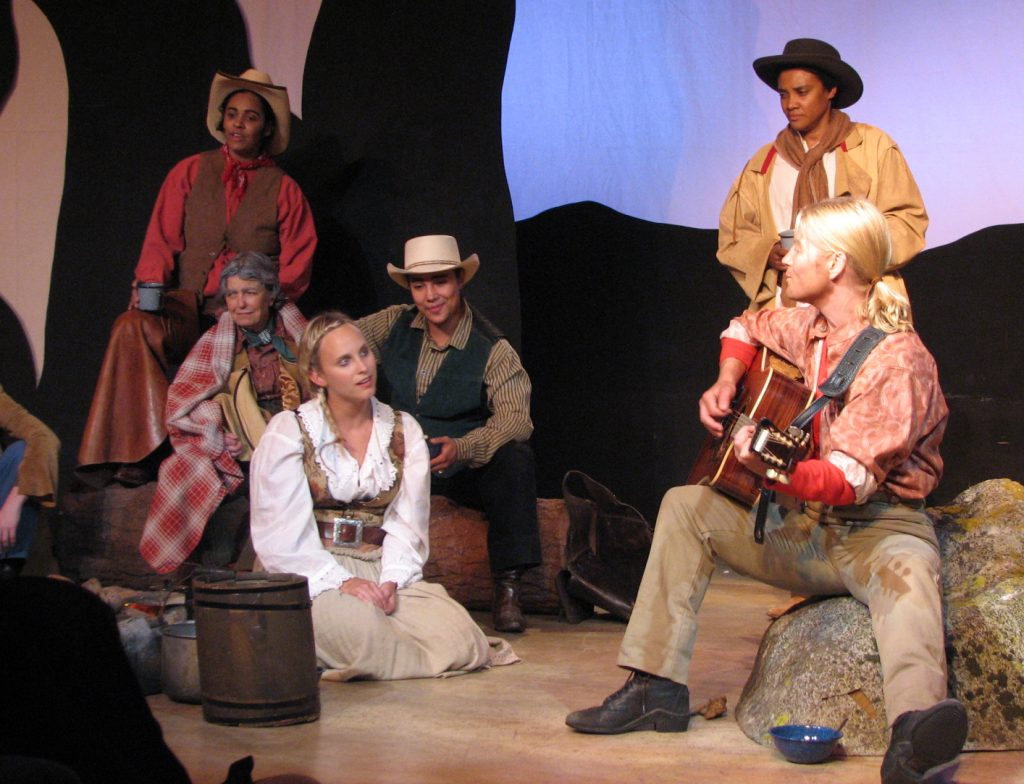 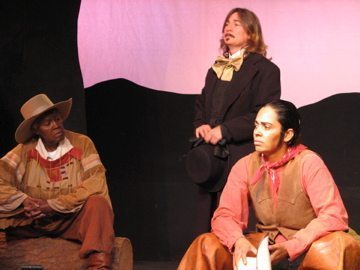 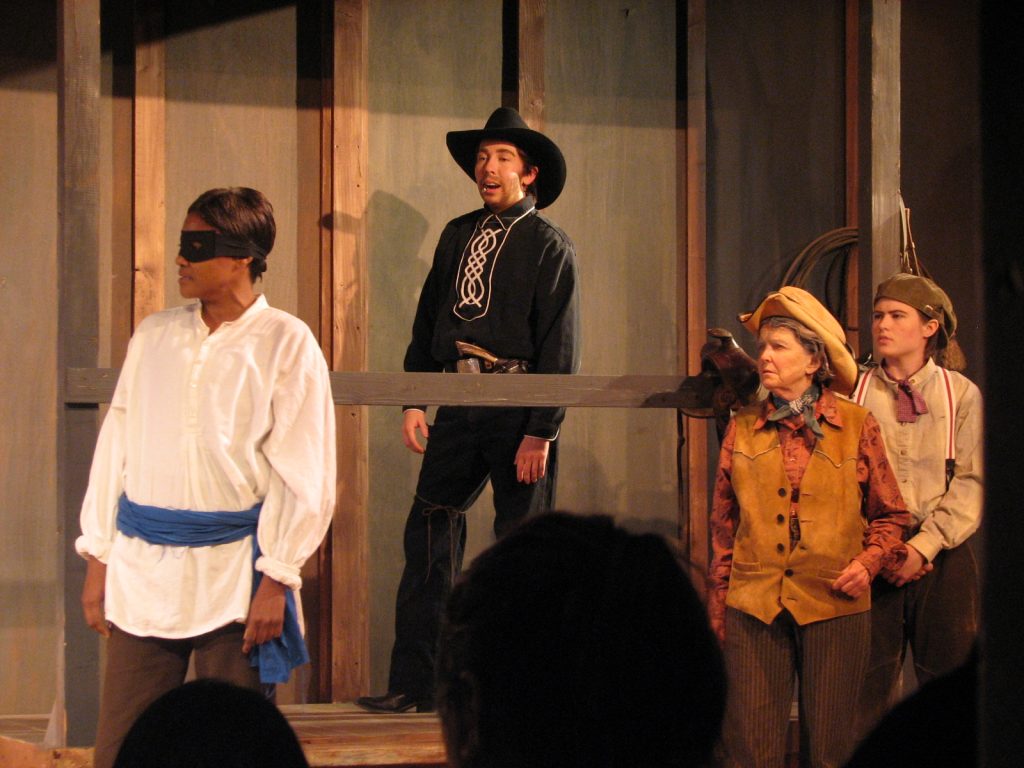 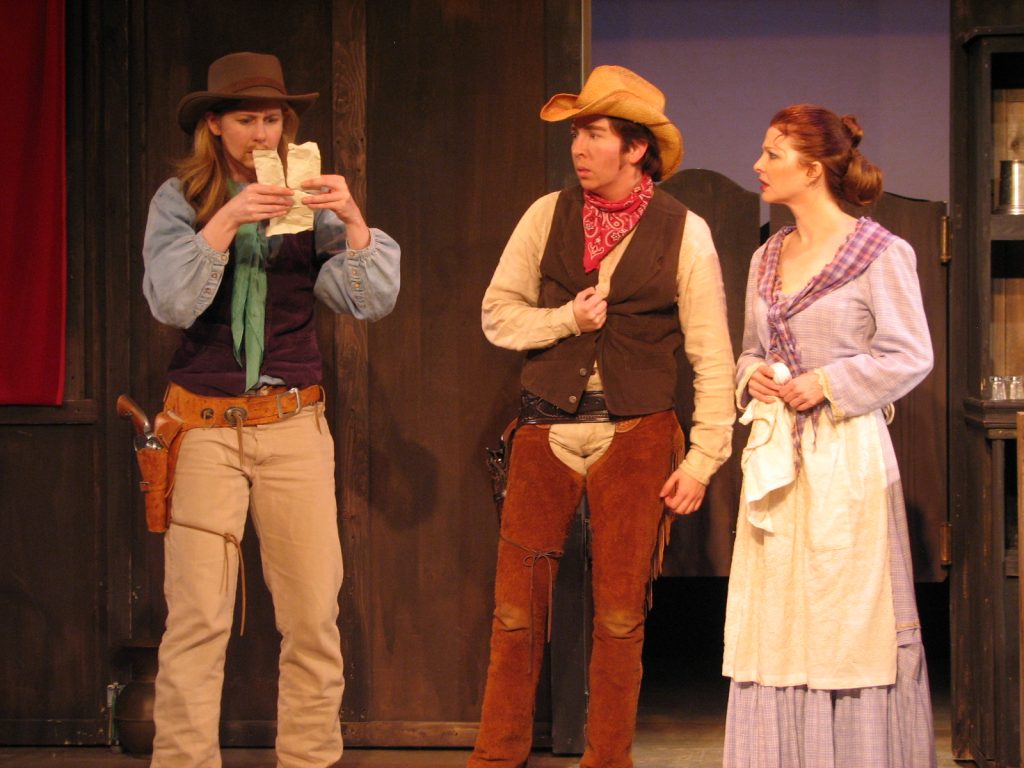 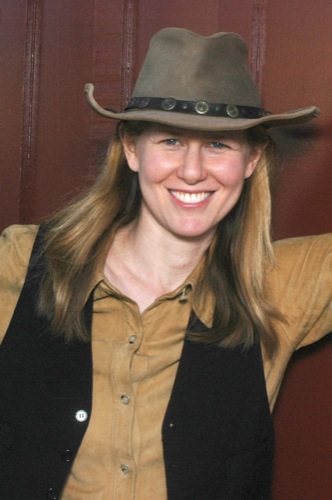 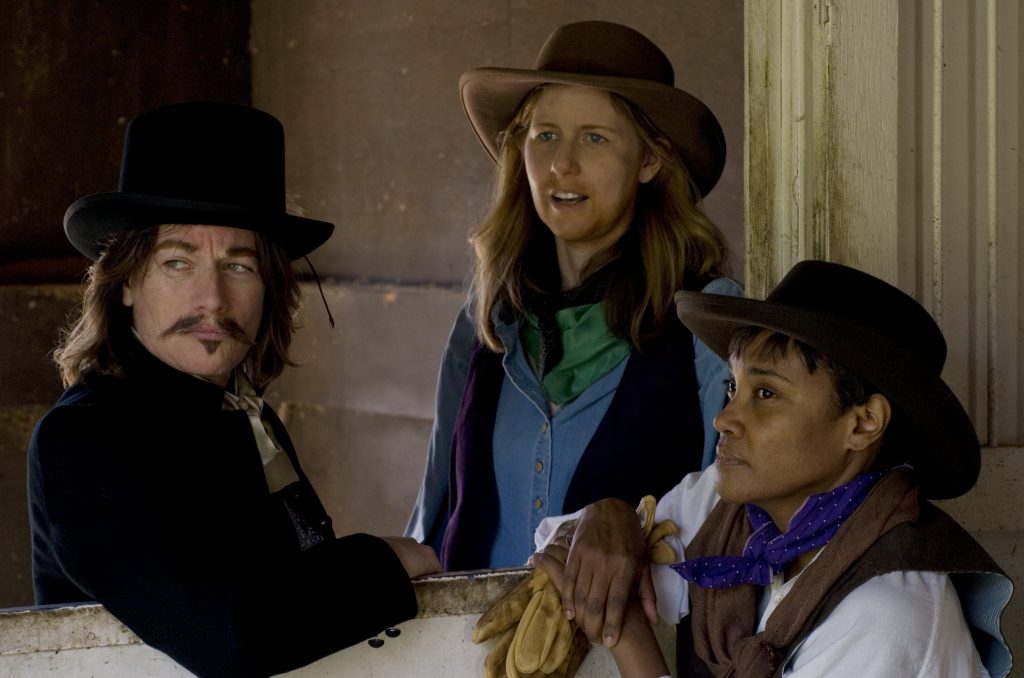 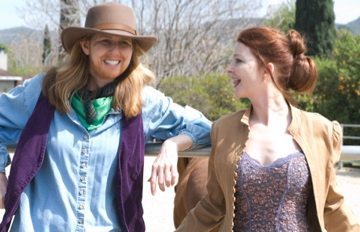 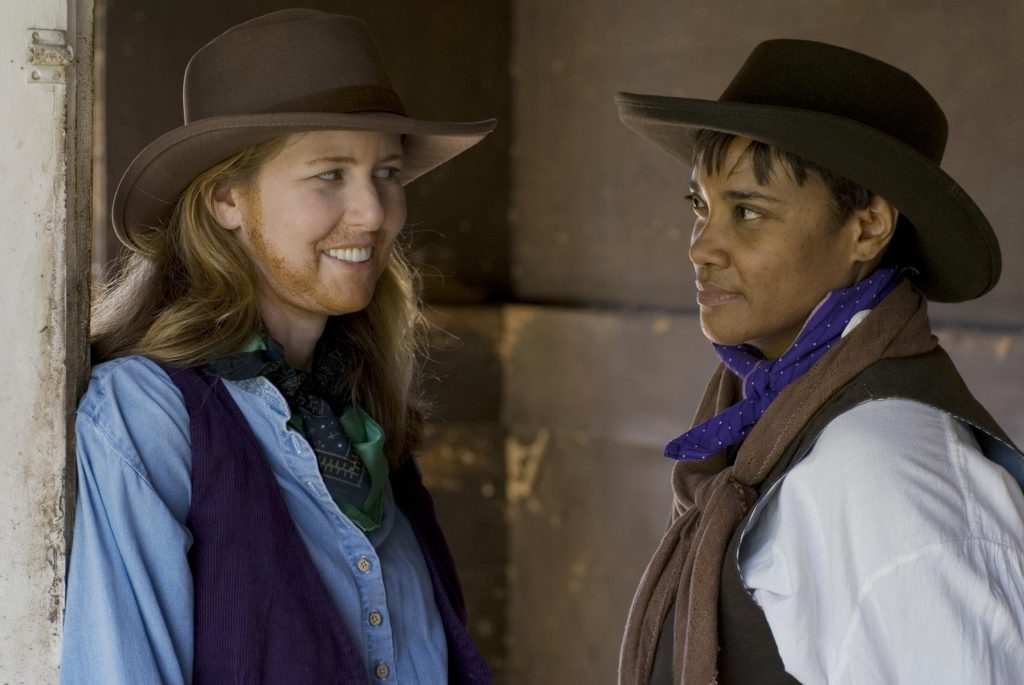 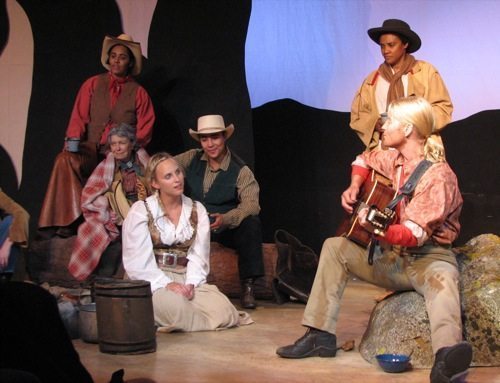 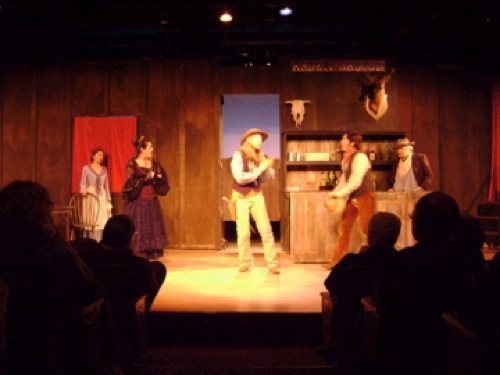 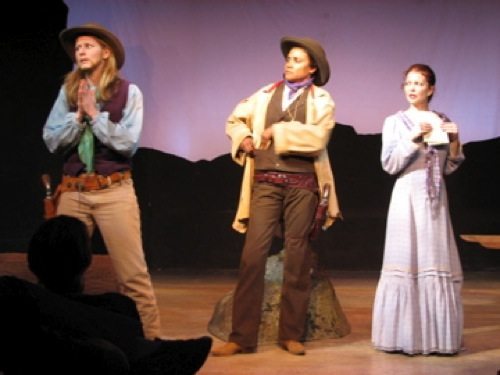 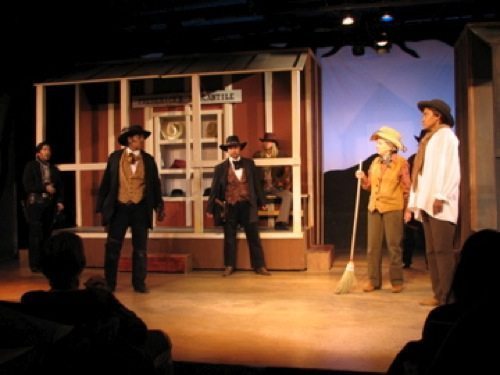 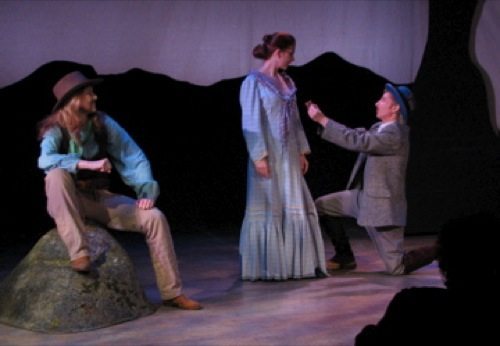 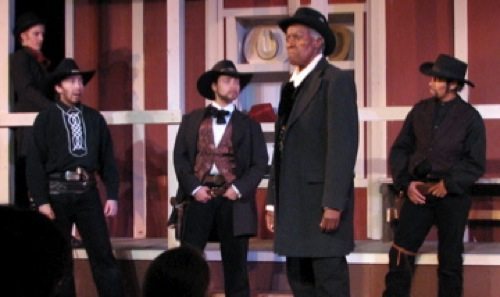 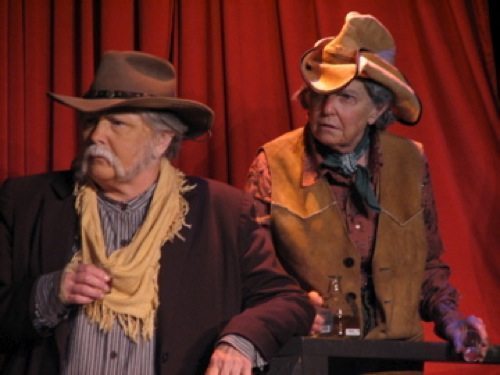 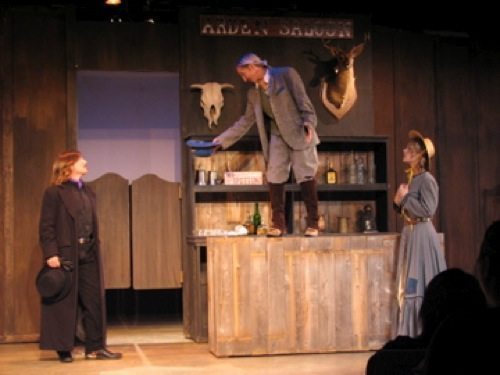 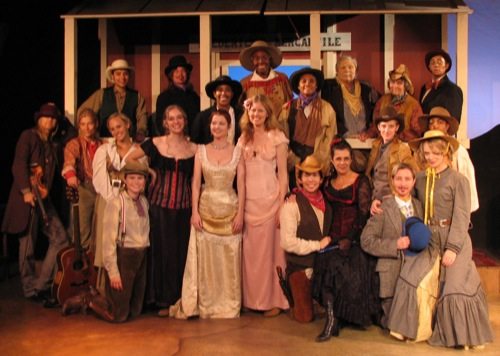 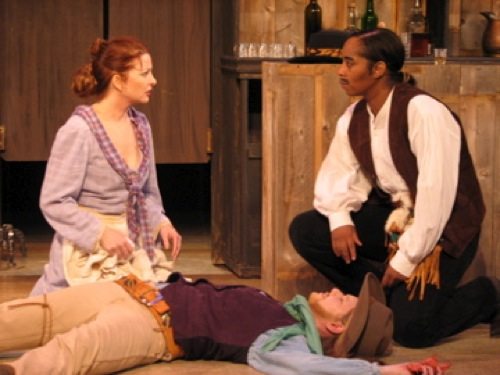 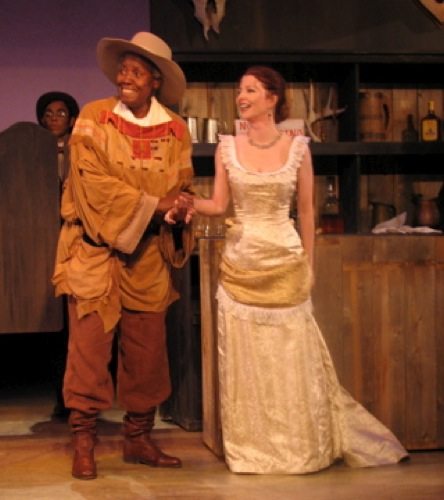 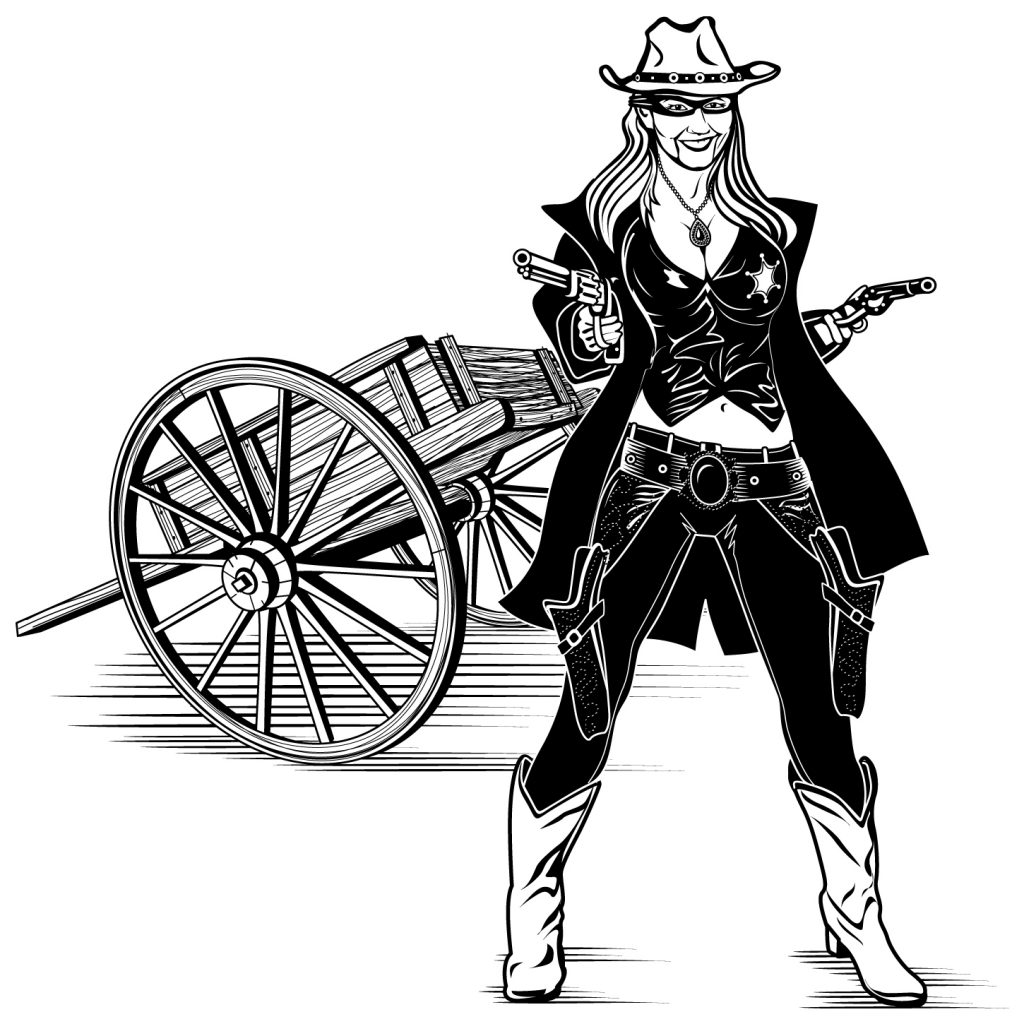 “You’re likely to have a rollicking good time in this revisionist production.  The decision to set the action in the Wild West is surprisingly apt…the ebullient cast…Cate Caplin’s dance sequences [are] charmingly conceived…director Lisa Wolpe maximizes the fun in this high-spirited entertainment….Christina Wright’s splendidly detailed costumes are essential to the tone, while Mary Trahey’s hair and makeup design makes us forget that these swaggering cowboys are actually women….Kimberleigh Aarn’s thoughtful, virile Orlando is nicely balanced by Abigail Rose Solomon’s breezy, feisty Rosalind, whose hoydenish qualities also contrast nicely with Celia’s (Katrinka Wolfson) elegant girlishness.  Fran Bennett does her usual fine job in dual roles as Duke Frederick and Duke Senior….As the deceptively “melancholy” Jaques, Wolpe is the evening’s standout, particularly in her authoritative rendering of the “Ages of Man” speech- the most lucid interpretation of that particular passage in memory.”

“Lisa Wolpe directs with an assured hand, cleverly adding period music and dance to grace a magically versatile rough-hewn set by Mia Torres…the actors decked out in Christina Wright’s splendid cowboy drag. Suspension of disbelief happens with surprising alacrity, thanks to such stalwart L.A. stage royalty as the formidable Fran Bennett, who bellows in perfectly modulated Shakespearean tones as both Dukes; the durable Mary Cobb, almost unrecognizable as the bewhiskered Corin; and Brady Rubin as Adam, turning the aged servant into a resident Gabby Hayes. Among many unswervingly committed performances, Wolpe is riveting in her simplicity as the melancholy Jaques, Kimberleigh Aarn crafts a suitably dashing Orlando, Katrinka Wolfson teases effortlessly as Celia, Kate Roxburgh is a slickly Cockney Touchstone, and Emme Geissal makes an auspicious L.A. stage debut as the Chaplin-faced Kid.

In “Travis Michael Holder’s PICKS OF THE WEEK”

“A Superb Production…Billy would have beamed with pride…It is brazen, as it is set in the wild west of the 1880s…; and daring, that pays off handsomely….The effect is stunning….it is a testament of the majesty of timeless work….Orlando (an absolutely superb Kimberleigh Aarn)…This is a lusty comedy full of dance and exuberance….magnetic fiddling by Kristin Autry…Yee-haw!”

“A great play…  I just really enjoyed that so thoroughly…  They play the parts really well and they’re funny…  This was really good.”